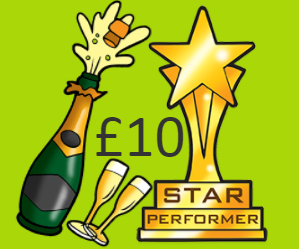 PAUSED - while we make our competitions BETTER

Free Entry. Type fast for 1 minute and you could win £10!

If you want to improve your score try practicing with our Classic Typing Tutor. Level 1 is very good for building a link between your finger and a particular key.

Do you like lists and statistics? Take a look at our list of Overall Accuracy of Every keystroke on Page4 and 5 of our Analytics Section

In any skill-based activity, there are those who have average skills and those who have varying levels of super-skills. The intention of the structure of competitions below is that everyone will have a chance to have a placing on a scoreboard and that those competitors who have a higher level of skills will achieve the rank of Winner, Champion or Famer and will compete within the level that they have reached. ...

The aim of the competition is that it will become four separate levels of competition.

Opportunities for Winners, Champions and Famers

Winners, Champions and Famers will be invited to take part in Big Matches which are Fastest Typist Competitions with prizes ranging from £50 to £200.

And if you want to improve your typing skills then use our world class typing tutors. Feature rich, 3 graded levels of learning from one key-one finger in Level 1 to short phrases in Level 2 to full sentences in Level 3. Then test yourself with our fun to use Typing Testers. They’re all available in 14 languages and they all provide personalised analytical reports full of information so that you can really find out which keys and consecutive keystrokes are your problem areas and fix them. The reports are full of fascinating reading, right down to your time in milliseconds between keystrokes. 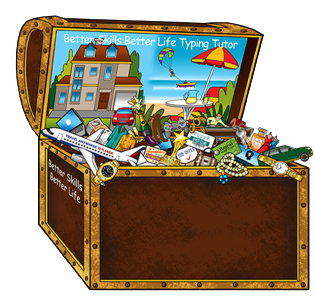 'The Weekly £10 Fastest Typing Competition starts at 8:01 pm every Sunday but if you want to practice now try our Typing Testers or Typing Tutors. See you on Sunday for competition!'